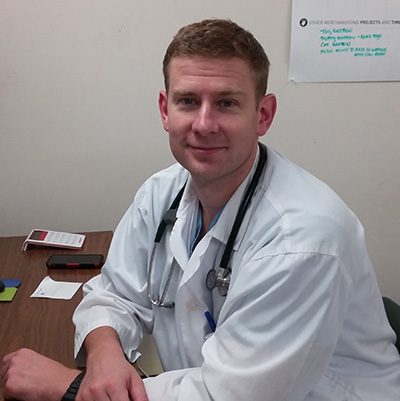 Dr. Dubeau moved from Iqaluit where he grew up, to Montreal and then to Nova Scotia where he chose to study the two-year Pre-Veterinary program. After he was accepted into and graduated near the top of his class in the Atlantic Veterinary Collage in Charlottetown PEI he returned to Nova Scotia in 2011 to settle down with his wife Mya, two children Marcel and Dasani and their pack of pets which includes 3 Cats, 2 Dogs, A Gargoyle Gecko, Hamsters and others

Dr. Dubeau’s veterinary interests include internal medicine, Small animal ultrasonography and further developing that diagnostic modality for the clinic as well as pocket pet and rabbit medicine. Oli enjoys playing hockey and currently plays in a casual league in Berwick as Goalie